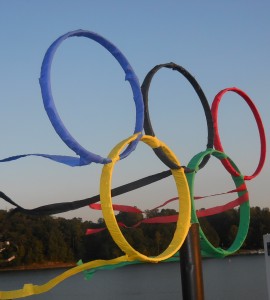 Newspapers from Gainesville to San Francisco are reporting about meetings between City of Gainesville leaders and our friends at the Greater Hall County Chamber of Commerce about reinvigorating the site of the 1996 Olympic Rowing Venue on Lake Lanier.

In the Gainesville Times newspaper’s online edition, the president and CEO of our local chamber of commerce, Kit Dunlap, said it best, “It’s all up in the air.  None of it has been determined.  We don’t have the firm goals except for some conversations right now.”

The 1996 Rowing Venue is an historical treasure.  Many national and international regattas and races have been held there since.  We can only encourage our local leaders not to lose this gem to competing sites.

We are thankful for any and all progress toward this worthy goal.

As with most projects, issues include:

• Who takes responsibility for maintenance and improvements?

• Where are the funds to accomplish the goals?

We will keep you posted on any progress.

Click Here for Previous News from the Olympic Rowing Venue