The “Dirty Dozen” report released on Wednesday, November 13, 2013, gives the opinions and perspectives of the Georgia Water Coalition on the state of Georgia’s waterways and their ideas on what can be done to solve specific problems they’ve identified.

Riverkeeper and Executive Director at the Coosa River Basin Initiative Joe Cook says, “The Dirty Dozen is not a list of the most polluted water bodies in Georgia, nor are they ranked in any particular order.  It’s a list of problems that exemplify the results of inadequate funding for environmental protections, lack of political will to enforce environmental laws and ultimately misguided water planning and spending priorities that flow from the very top of Georgia’s leadership.”

The Dirty Dozen highlights a dozen of the worst offenses to Georgia’s waters and spotlights state policies and failures that might ultimately harm Georgia property owners, downstream communities, fish and wildlife, hunters and anglers, and boaters and swimmers, from the perspective of the Georgia Water Coalition.

The Coalition’s full report details the history of each site and provides suggestions to correct these ongoing problems and eliminate the listed threats.

Click Here for an Online Copy of the Dirty Dozen

“Over the past decade, the health of Georgia’s waterways and the health and safety of Georgia citizens has been compromised as funding for Georgia’s Environmental Protection Division has not kept pace with population and economic growth,” said Gordon Rogers, the Flint Riverkeeper.

Problems highlighted in the report include:

“In comparison, funding for the most cost-effective alternatives for growing the state’s water supply—water conservation and efficiency measures—has languished,” said Sally Bethea, the Chattahoochee Riverkeeper. “During the past seven years, the state has spent an average of $11 million annually to aid local communities in using their water more effectively—about six percent of what the Deal Administration has spent on high-cost, high-risk, speculative water supply projects in just two years.”

Executive Director of Georgia River Network April Ingle said, “The Georgia Water Coalition publishes this annual list as a call to action for our state’s leaders and its citizens to come together to correct pollution problems, eliminate the wasteful use of our state and local tax dollars and restore our streams, rivers, lakes and coastal wetlands.”

The Georgia Water Coalition is a consortium of more than 200 conservation and environmental organizations, hunting and fishing groups, businesses, and faith-based organizations that have been working to protect Georgia’s water since 2002. Collectively, these organizations represent more than 300,000 Georgians. 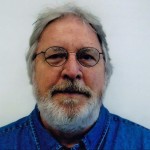 LanierWorld Opens for 2017 on May 6th