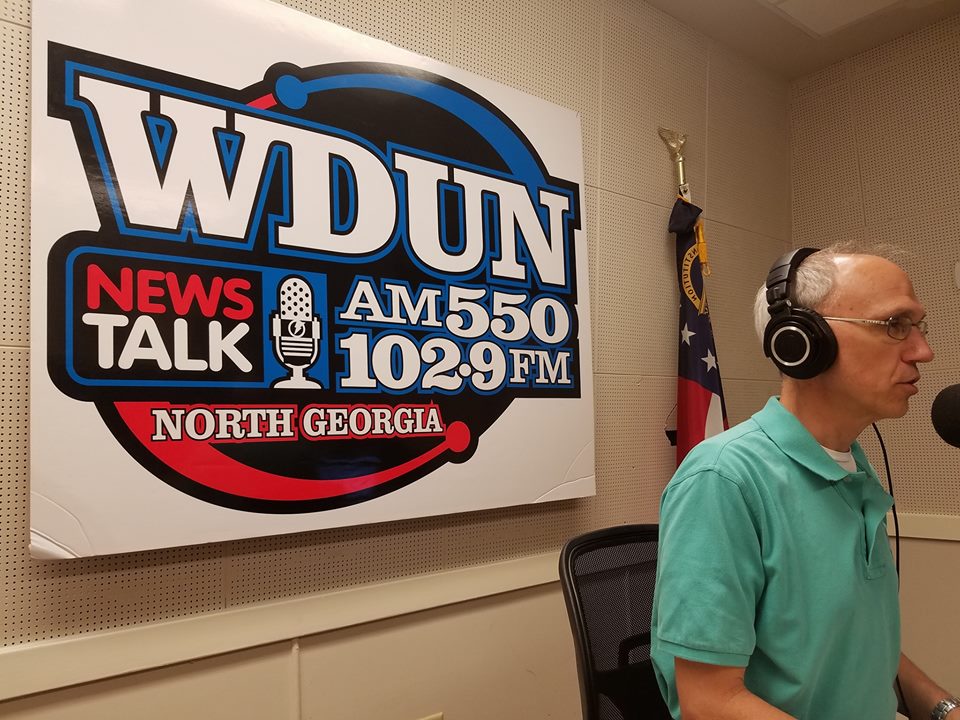 The Bill and Joel Morning Show, with Bill Maine and Joel Williams, has been a trustworthy staple for longer than I can remember on WDUN Radio in Gainesville. I felt a bit of sadness to hear that Joel Williams has taken “another opportunity” as they say.

WDUN in Gainesville is a big radio fish in a small town. I’ve been listening for 30 of their 70 years on the air. Joel Williams has worked there since 2002, after a previous stint for a couple of years. Joel and I became friends over the years, and I co-hosted Morning Talk with him a few times. He’s a good man.

On Tuesday, April 23, 2019, Joel and I spoke on the phone. I’ve worked for a half-dozen radio stations over the years, so I wasn’t shocked to hear that he wasn’t at WDUN anymore.

Radio guys have an old joke: “What do you call a broadcaster with a mortgage?” The answer? “An optimist.” I was thrilled to hear that Joel departed without the rancor that often splits up such great teams as Bill & Joel. Joel continued to speak highly of Bill and everyone at WDUN, which is no surprise to anyone who knows Joel and his Christian character.

After much consideration and what he called “confirmation after confirmation,” Joel will soon be working with WCON-FM in Cornelia. We wish him well. His wife, BJ, will remain at WDUN as their primary newscaster. That’s good news.

Joel told me the new job at WCON “just fit.” We can only hope that he will be as trusted, appreciated and respected by that audience as he was for so long at WDUN.

His departure is so unlike my experiences in radio. At one station where I was hired, I inquired about the previous staff. I was told the former program director (PD) held a meeting with the entire on-air staff. The PD sadly told the announcers that if their names weren’t on the list posted in the control room that — unfortunately — they were fired. Then, he left the building.

The announcers quickly made their way to look at the list of who didn’t make the cut. What was on the wall? A blank sheet of paper. They’d all been “blown out” in radio lingo, with the PD safely driving down the road.

Thankfully, the folks at WDUN are far more gracious when friends depart. I won’t stop listening to WDUN, although I might give WCON a try. Things change. Memories fade. People come and go.

To Joel Williams I want to say: thank you. You were a friendly voice every day in every kind of weather and during every kind of storm. Well done, thou good and faithful servant. God bless you, sir. We wish you well.